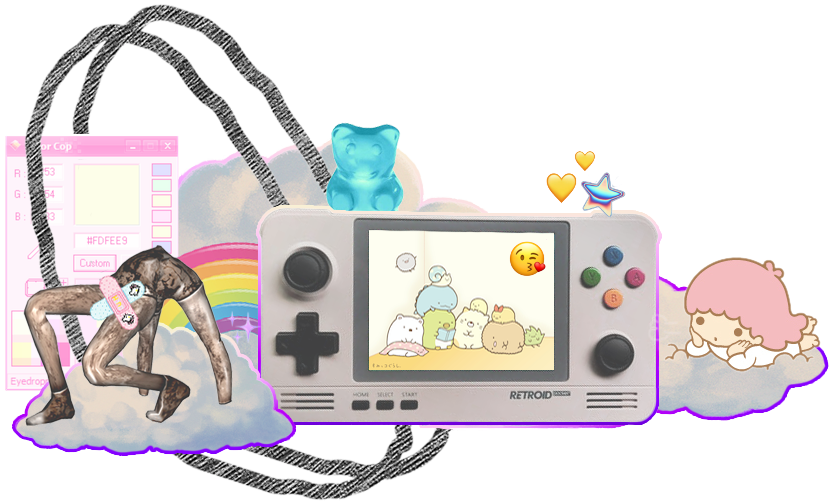 Yo, yall should really be downloading the Ducktales.nes rom, if only for the sole purpose of going to the start screen and letting the title theme play out in full.

So youve found a console romdump of every game ever, only to realize you have no idea what a good half of them are, and its not worth loading ALL of them onto your retroid since you probably wont play the majority of them and dont want to scroll through 1500 titles just to get to a Yoshi game. Luckily there are tons of databases out there with descriptions, letsplays and rankings of pretty much every game title in existence. 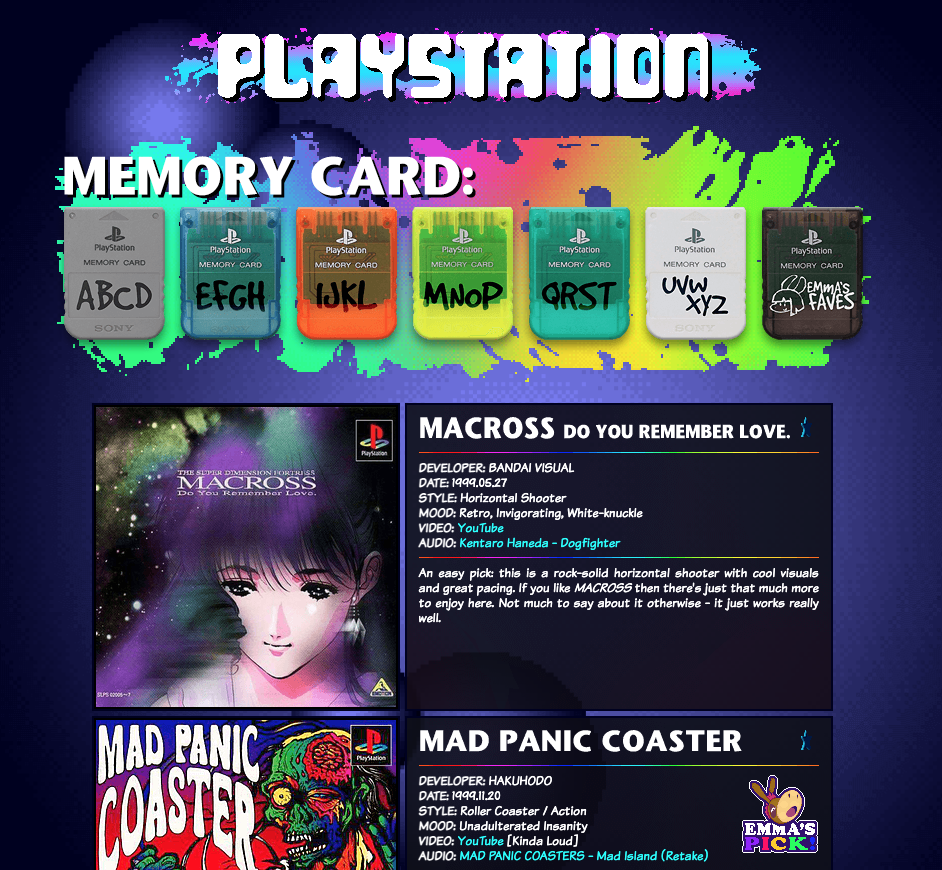 Emma's Playstation Expedition is one of the best of such databases i've come across. It's very thorough and leans more towards review than fact-of-the-matter description. You can get a good idea on gameplay, with video links when available. There's also an "Emma's Pick" badge for their personal faves. It's super clean, easy to navigate, and actually fun to browse- what's more it's hosted here on neocities, so the effort of compiling and coding this database is not lost on me.

They also have a ton of other retrogaming projects on their main homepage, Heckscaper.com, including a dedicated game soundtrack project (below) called Line Out Land.

1O out of 1O Mushrooms 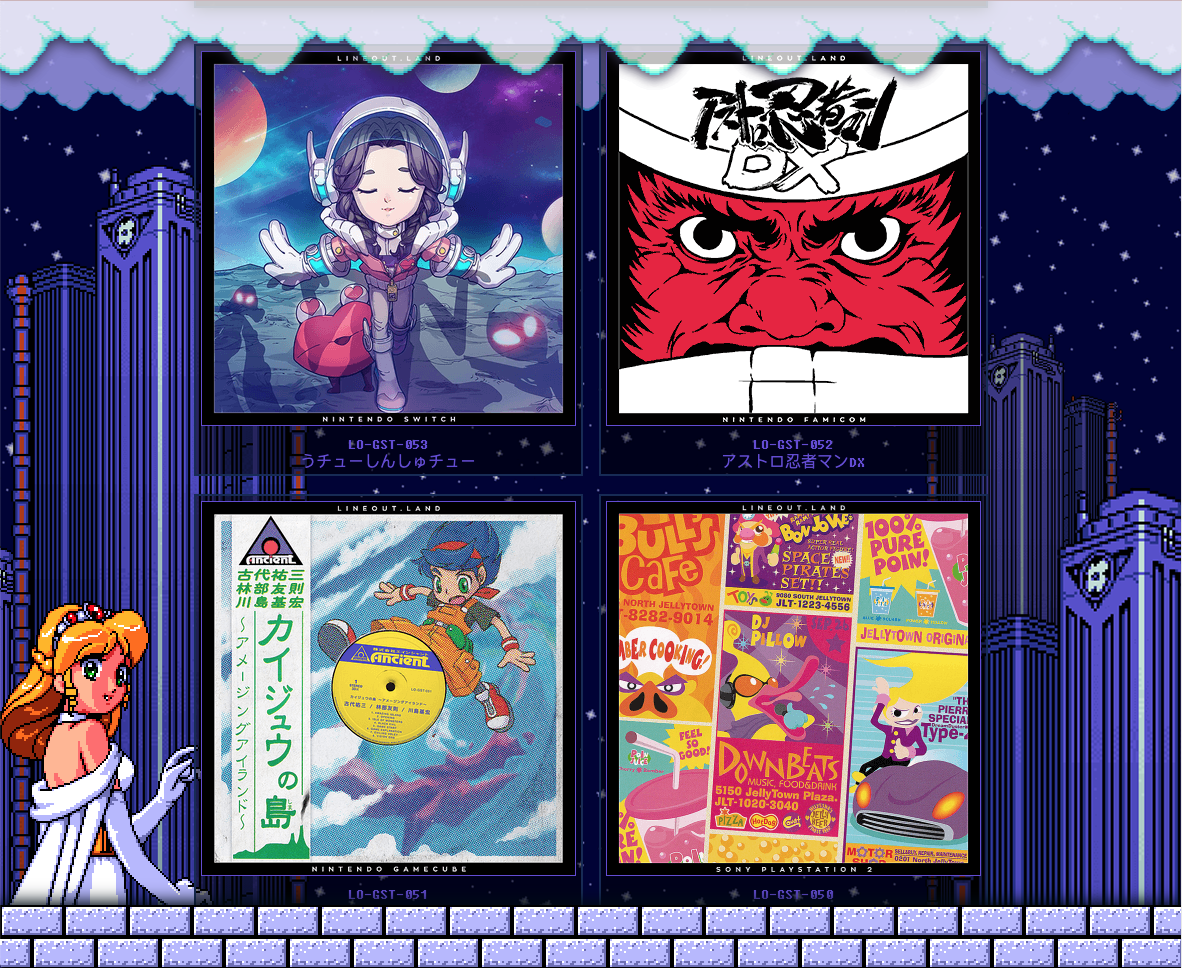 Another good way to go is through a themed database like Cyberpunkdatabase.net. Their Games section allows you to brows by title, game genre (acton, rpg, driving etc.) or console ranging from PS5 and the Oculus all the way back to Commodore and Atari. Ive discovered a few fun Sega games this way, and it's inspired me to try and get PC-DOS going on the babybox. 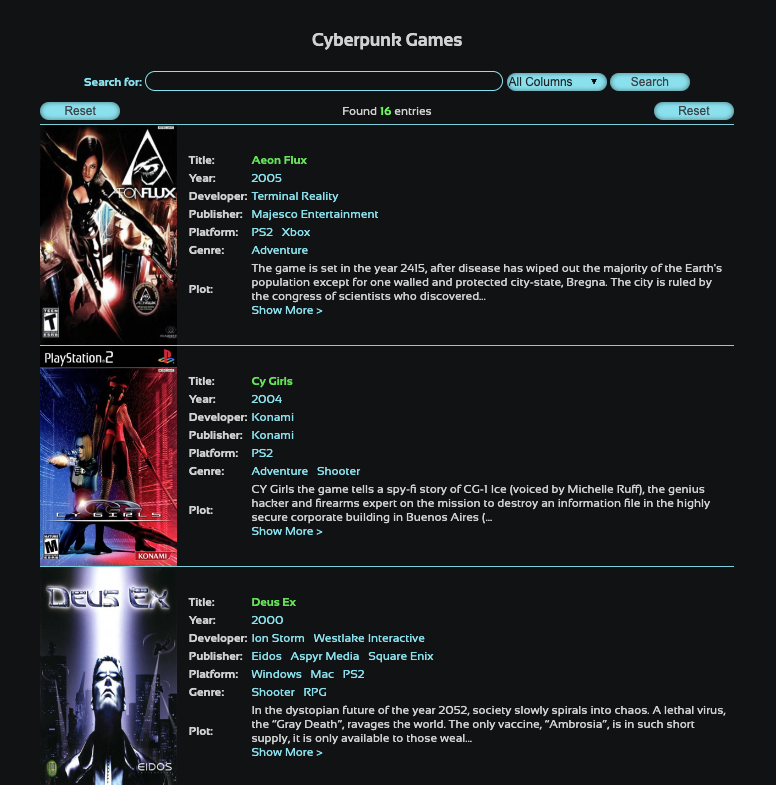 No i dont call my Retroid the babybox, but i probably will now 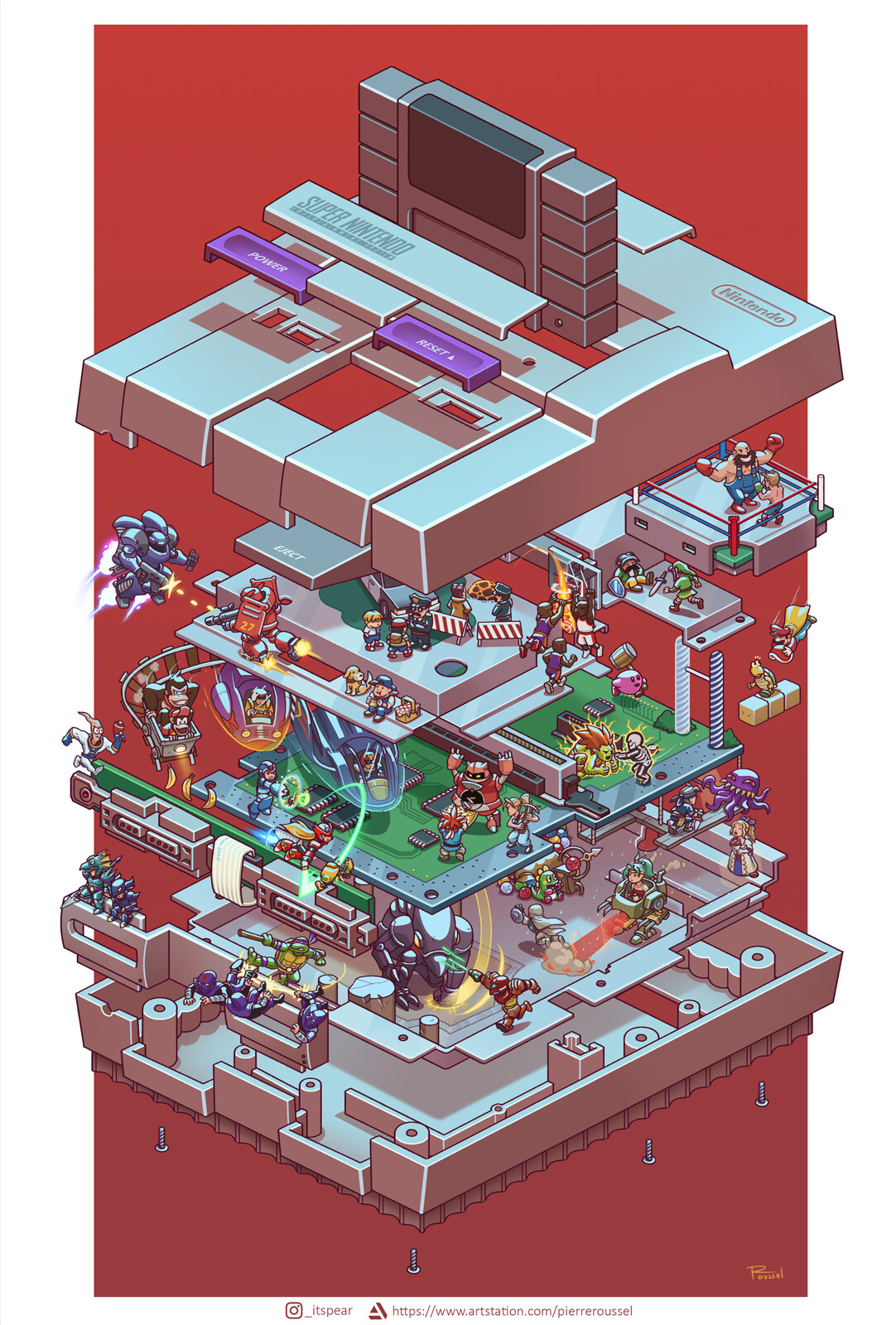 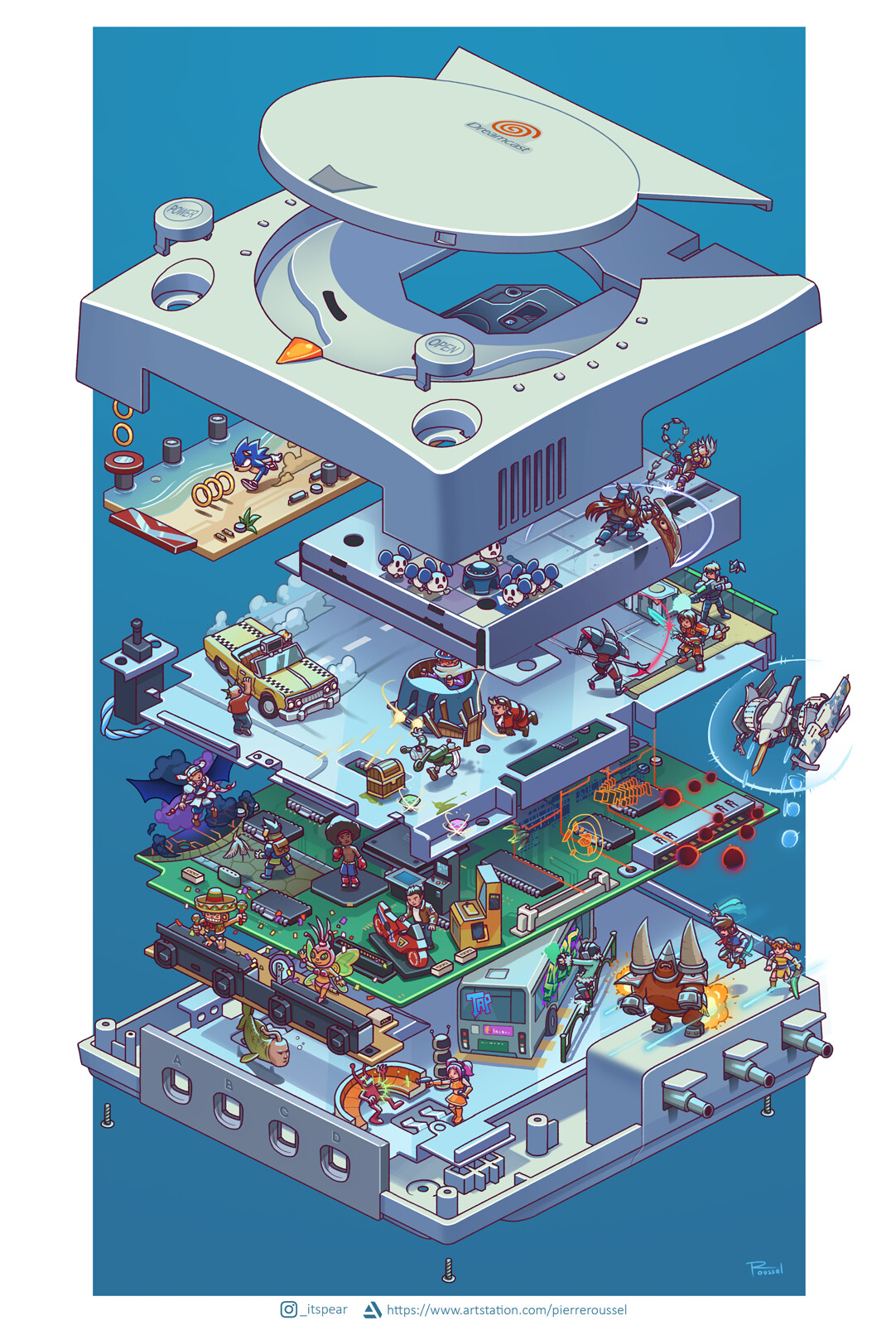 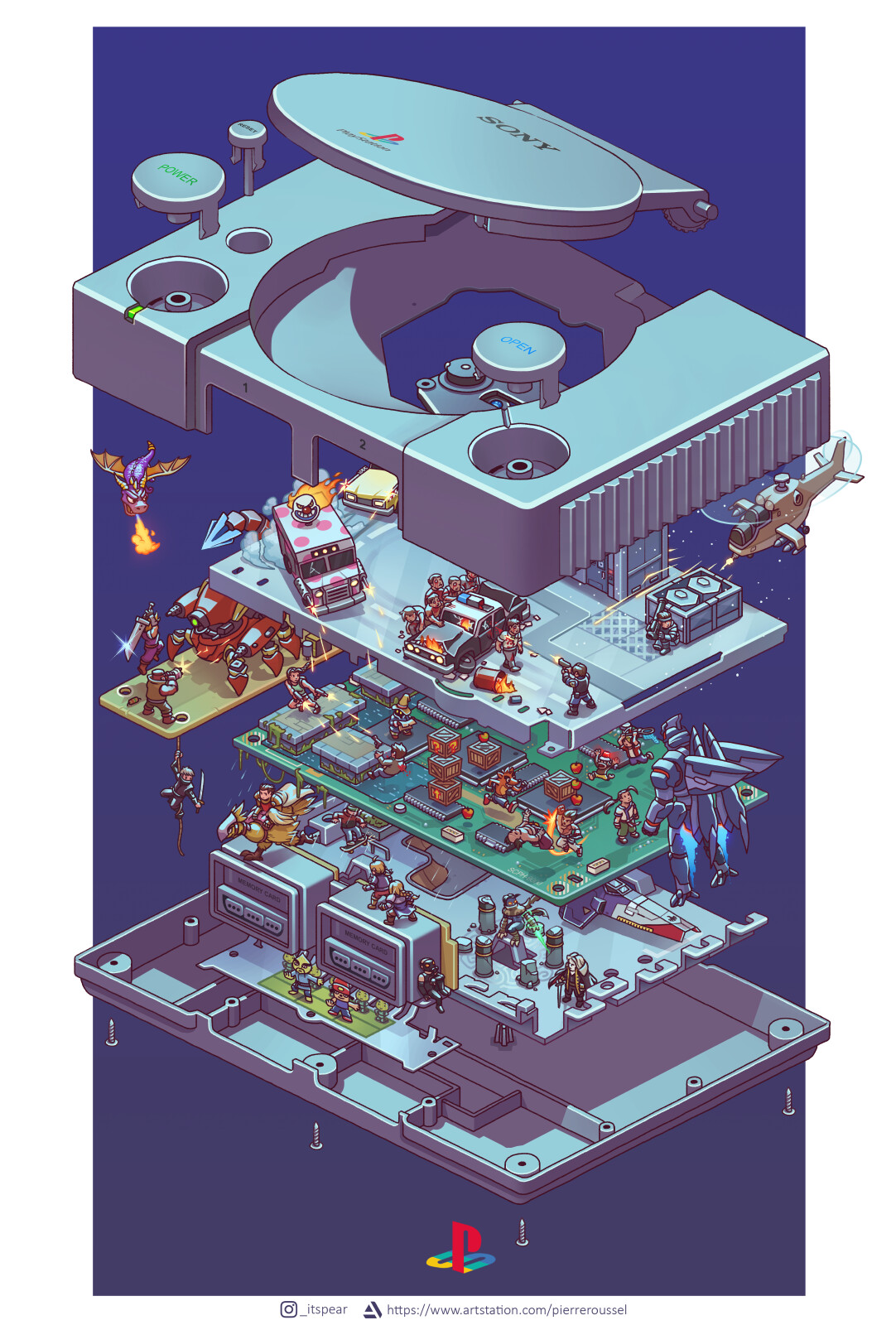 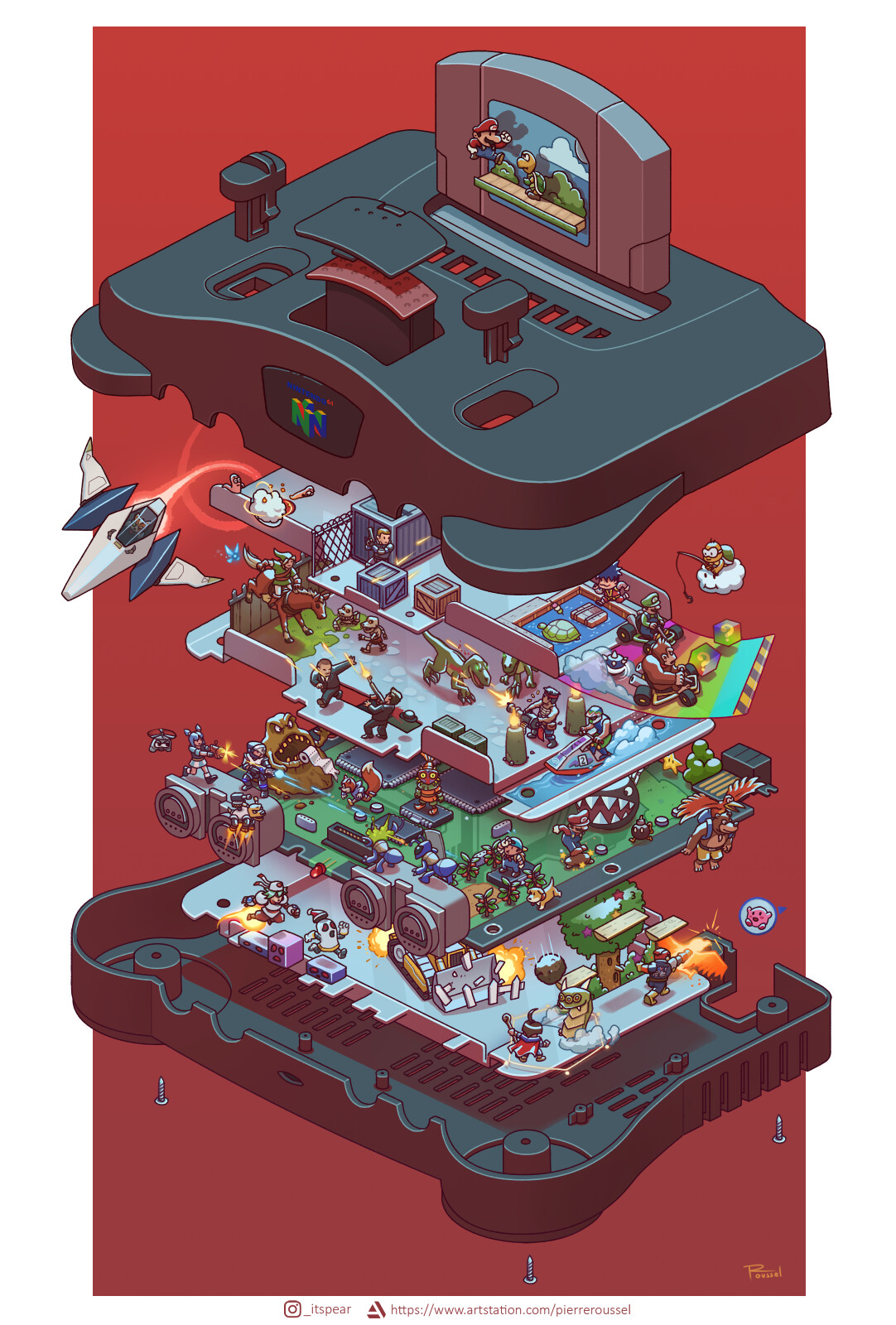 Pierre Roussel's console series (above) is truly a delight for retrogamers, giving so much to look at and out for. Plus the vertical format hella lends itself to posters and wallpapers. See other consoles hes done here
or grab a print on the etsy shop. 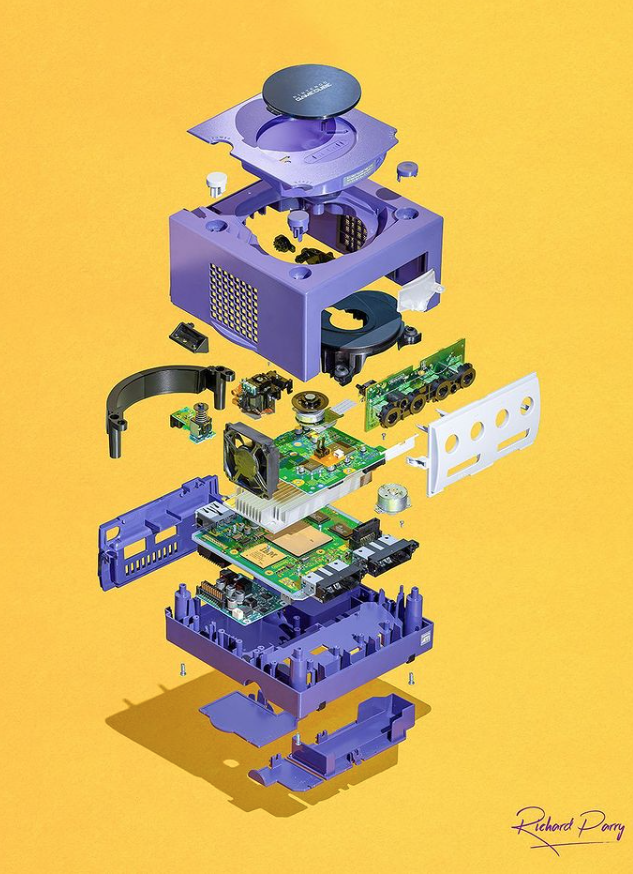 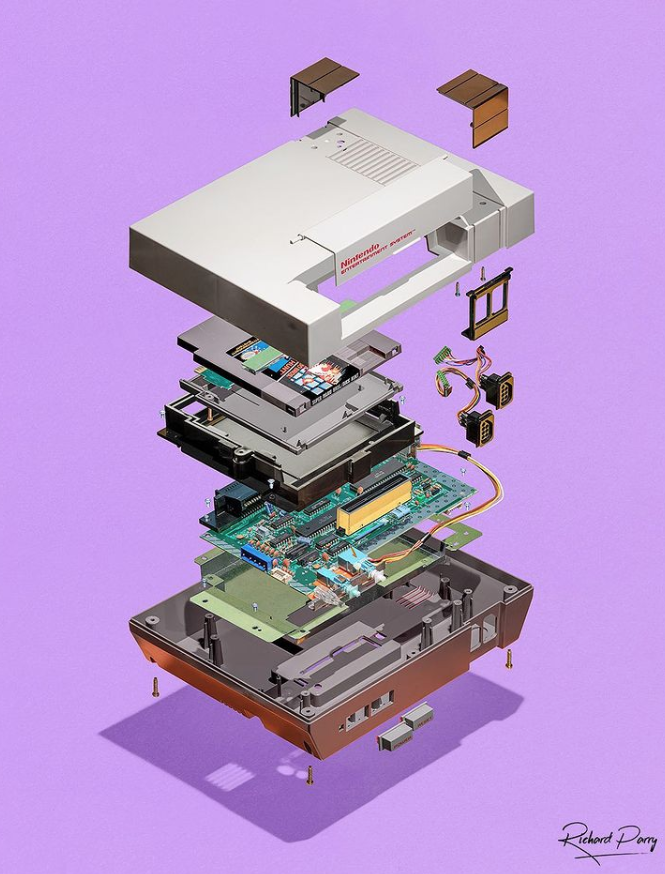 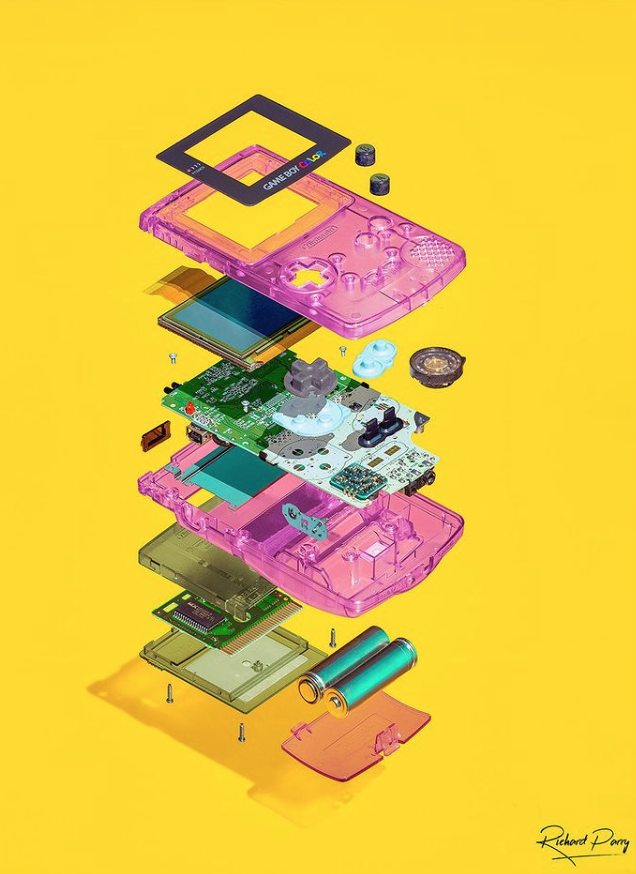 Similarly, Richard Parry's meticulous photographs (yes, he claims these are photos) from his "Assembly Required Series" are great eye-candy. 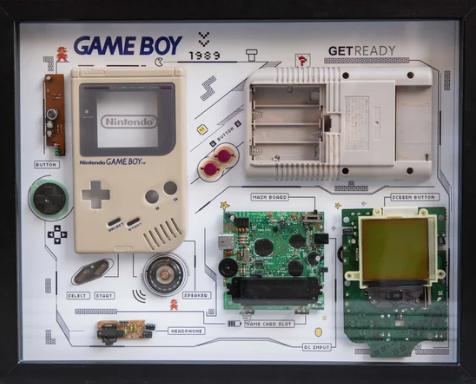 If you really want something truly cathartic, then consider a physically exploded and carefully mounted handheld, as a warning to all your consoles any time they choose to act up.

for some reason none of these motherfuckers above sell NES console prints, which makes me think theyre holding on to it for an NFT drop or something dumb. 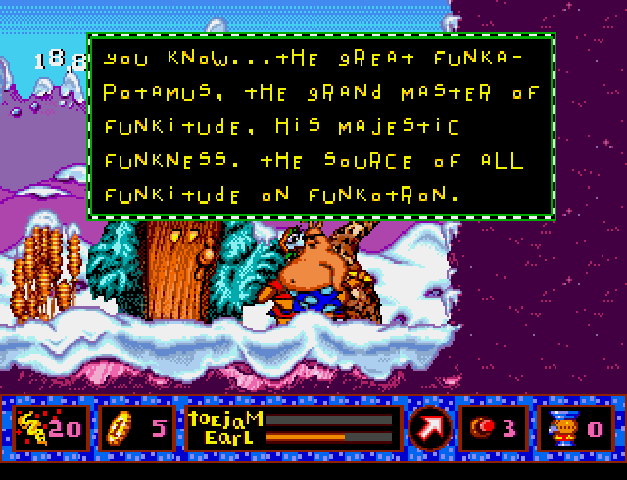 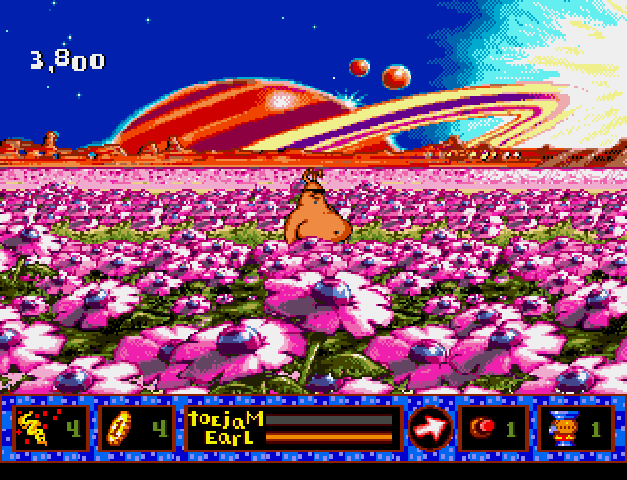 Out the gate I was playing this pretty much non-stop after setting up my Retroid, and its been a blast. The game is perfect for the device. There's the colorful clear outlines of the animated style, its nothing taxing on the hardware, and i just kind of remember it enough for it to give me my nostalgic kicks. I wasnt the kid with a sega in my neighborhood (that was Lela Maule- shout out if youre still alive girl), so I wasnt able to commit the game to memory. If you've never played it Toe Jam & Earl is the tale of two aliens that live on a planet entirely devoted to early 90s hip hop. Humans have invaded their funky lands (they use the word Funk like Smurfs use the S-word; see above), and in a fun twist on an old trope, its your job as the alien to round up all the humans. Who are total assholes. A recurring bad guy is a naked white guy in a cardboard box that will fling his shit at you. I finally beat it the other day and whiled away many hours since load save-stating my way through Super Mario Bros 2 and unknowingly cussing in public. 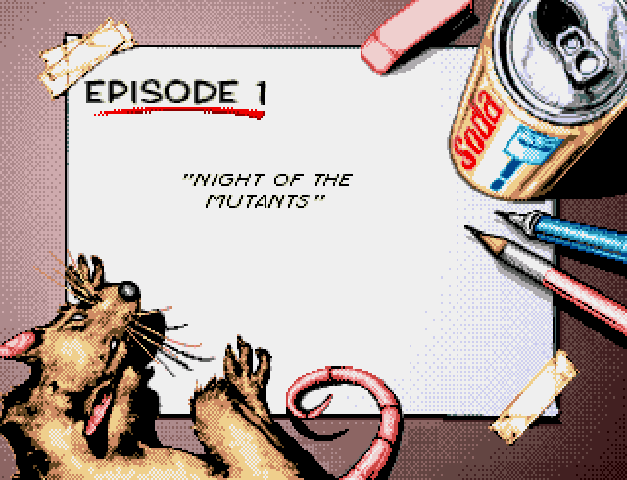 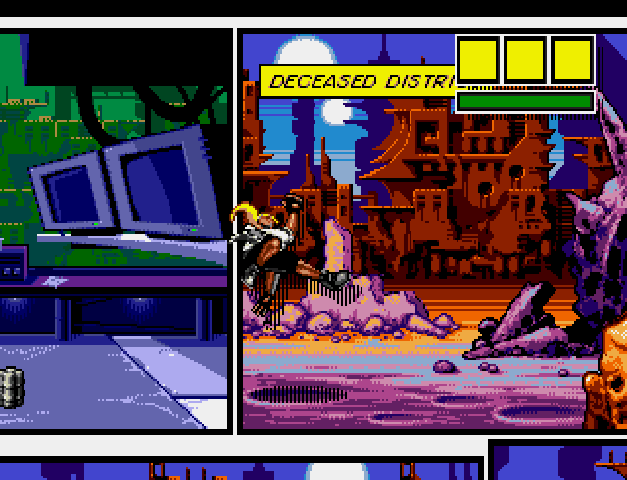 i tried to grab a screenshot of him pulling himself across the panel.. but it's kind of shit

TJ&E's gotten me fiending for other highly graphic games on sega genesis that have faded to obscurity and I think I've found one in Comix Zone, a fun fighting game where you play as an irregularly buff comic book artist who's been transported into his own comic to fight your own creations alongside your sidekick street rat. The fun thing about this one is you climb across panels and it's a gorgeous violent mess so far, but ive only played a few minutes so I can speak on the game's staying power. Fun for the handheld though. 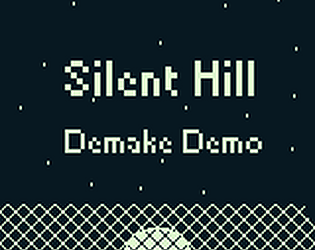 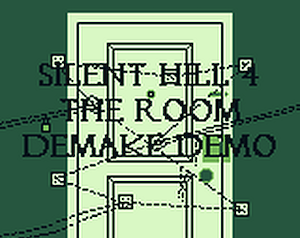 Ill admit, im surprised i didnt immediately throw myself into something from the Silent Hill series, since, in case you couldnt tell from the hints ive dropped throughout this site, it's still one of my favorite games and, I would argue, defining personality traits (in that I could probably build up a Silent Hill-based friendship if those ding dongs on r/silenthill would just open up to me. im kidding... unless?)

Truth is, i'm afraid to find out if its going to fail to play properly, but I may have found the next best thing... NOT ONE, BUT TWO Silent Hill franchise demakes on itch.io from indie game maker hpl-benn. Sure they are demos, and yeah there's no part two, but heck, this is awesome. I played either yet, but Im happy to know they are there next time im at the DMV. For info on how to download roms from itch check out this tutorial on my Games page. I plan on playing all the silent hill games available on Retroid in the future and including which settings will get them to run best. Until then, thanks for reading and visiting my site. 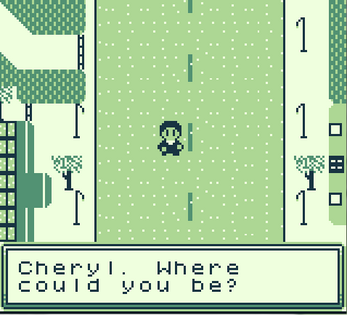